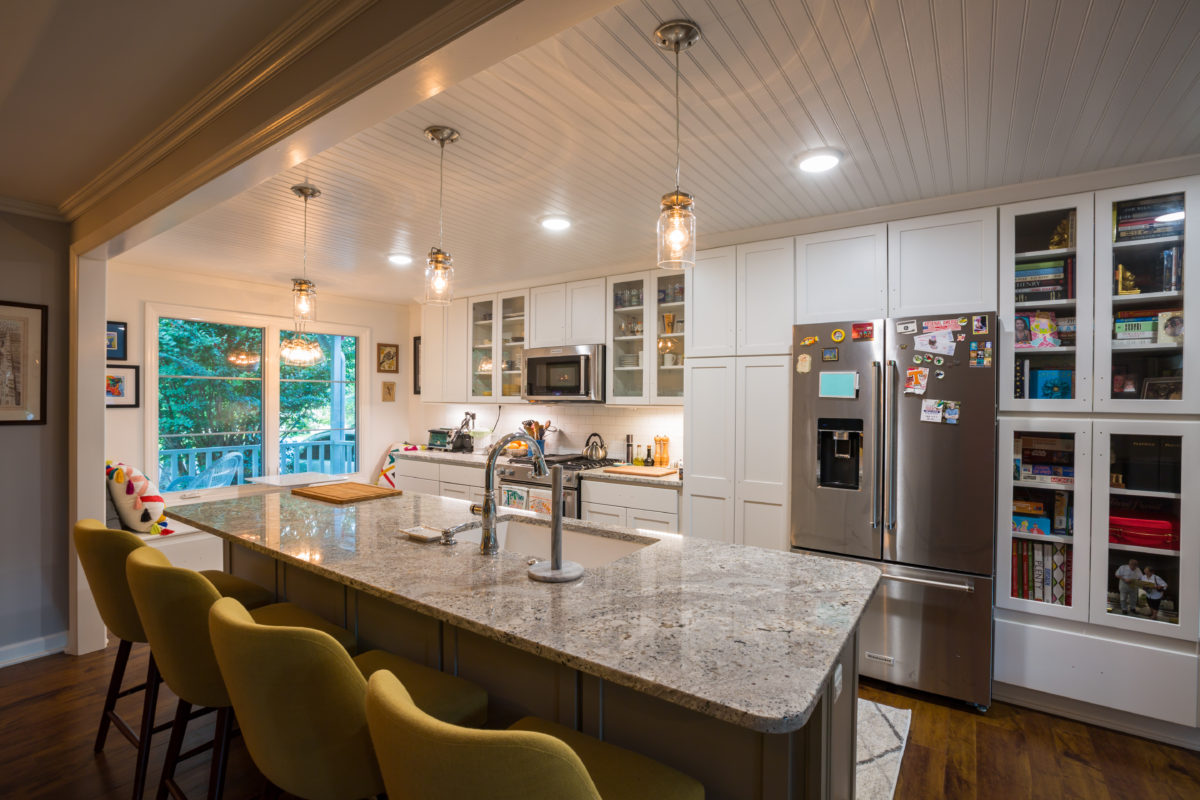 Rosser Design Studio was contacted to redesign a kitchen, a master bath suite, and other upgrades. The existing house was designed in a Cape Cod style with some nice spaces and materials. However, the kitchen was very small and closed off from the rest of the house and did not allow much natural light into the kitchen or living room.

We opened up the kitchen my demolishing a bulky wall and closet and replacing it with a large kitchen island. Now the living room space, dining space and kitchen space flow together physically and visually. A new breakfast nook with large windows was added in the kitchen which will allow more light in.

Also included in the design was enlarging windows by making them taller. This subtle change will make spaces feel taller and also let more light in. 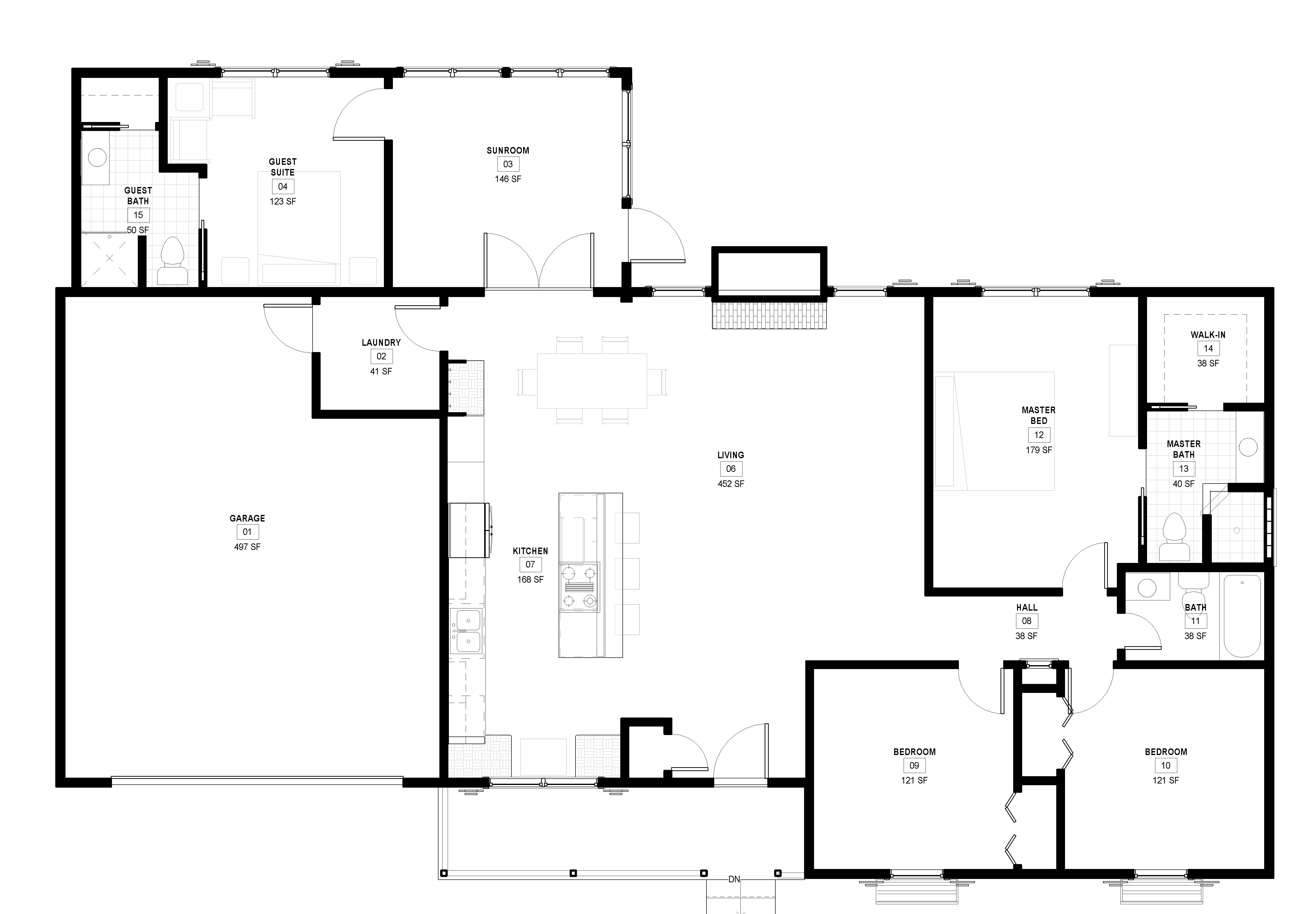 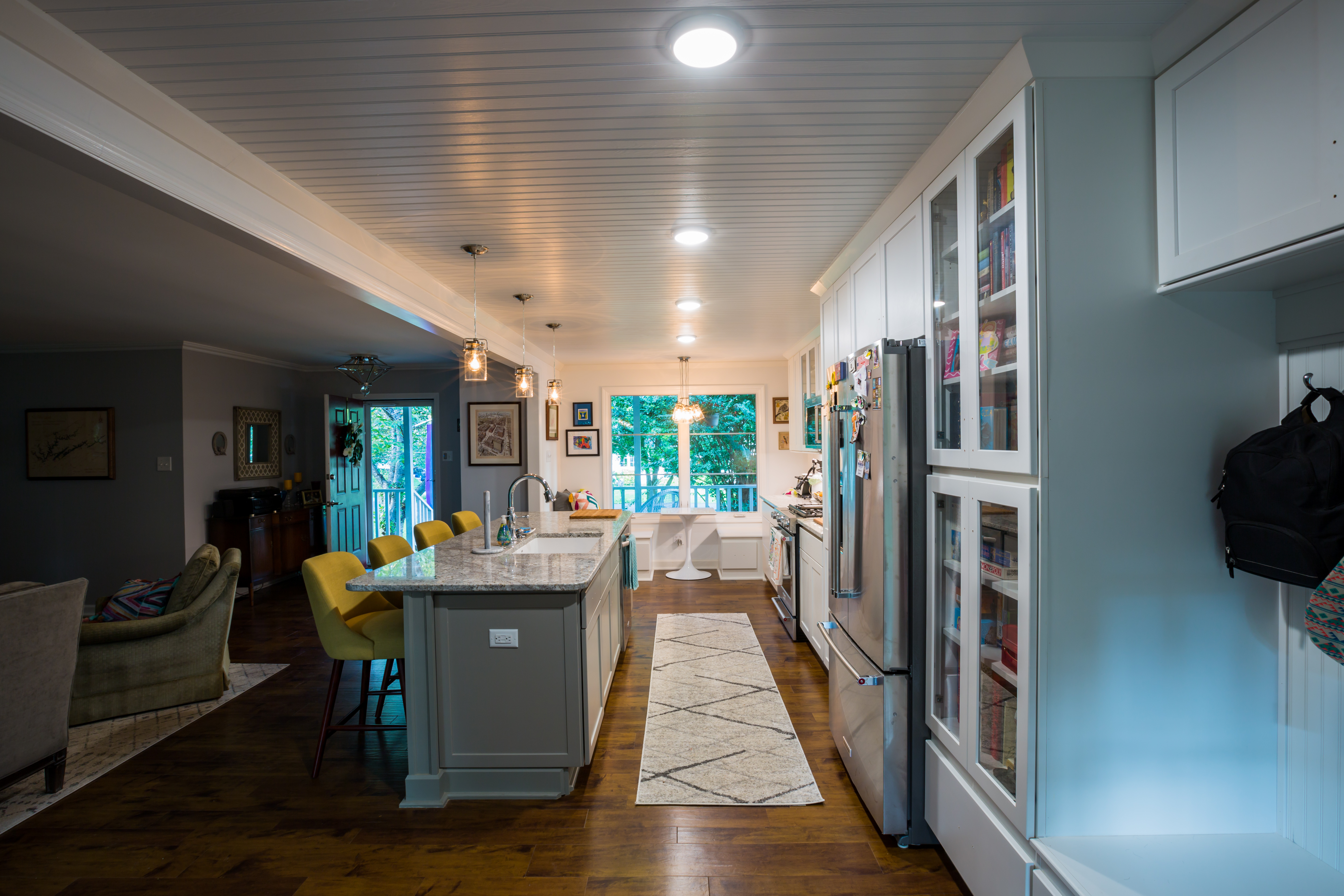 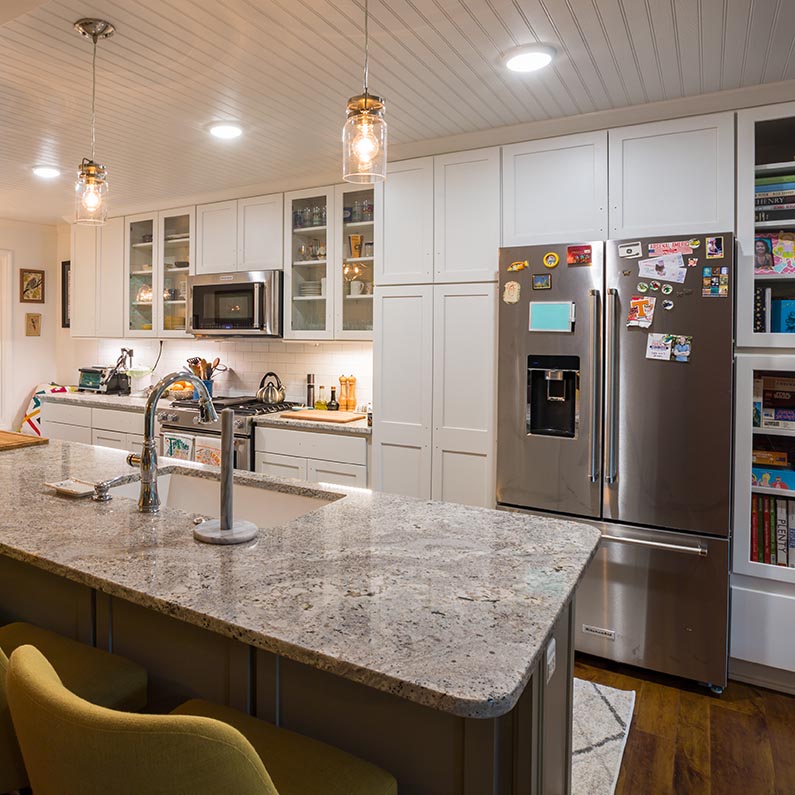 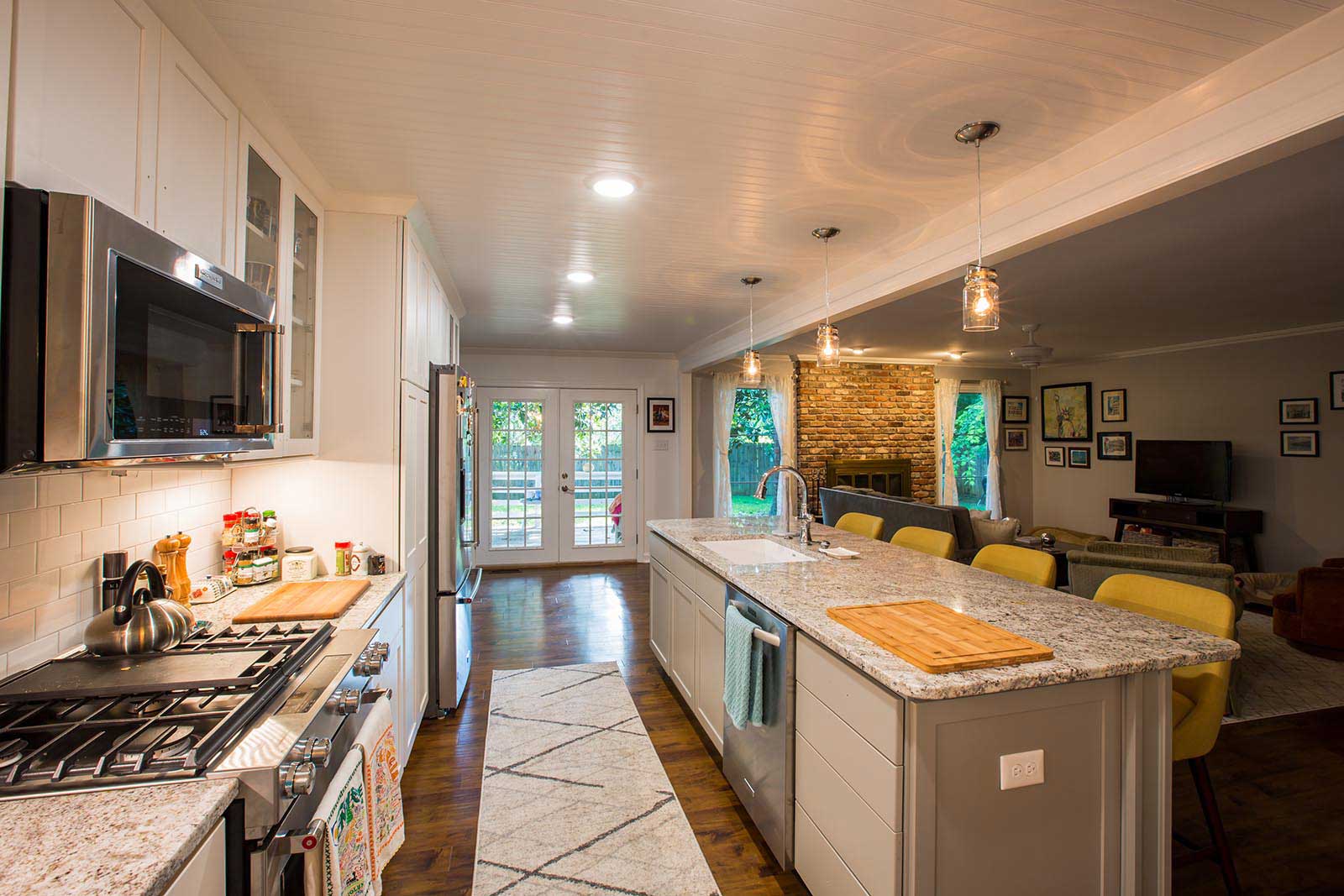 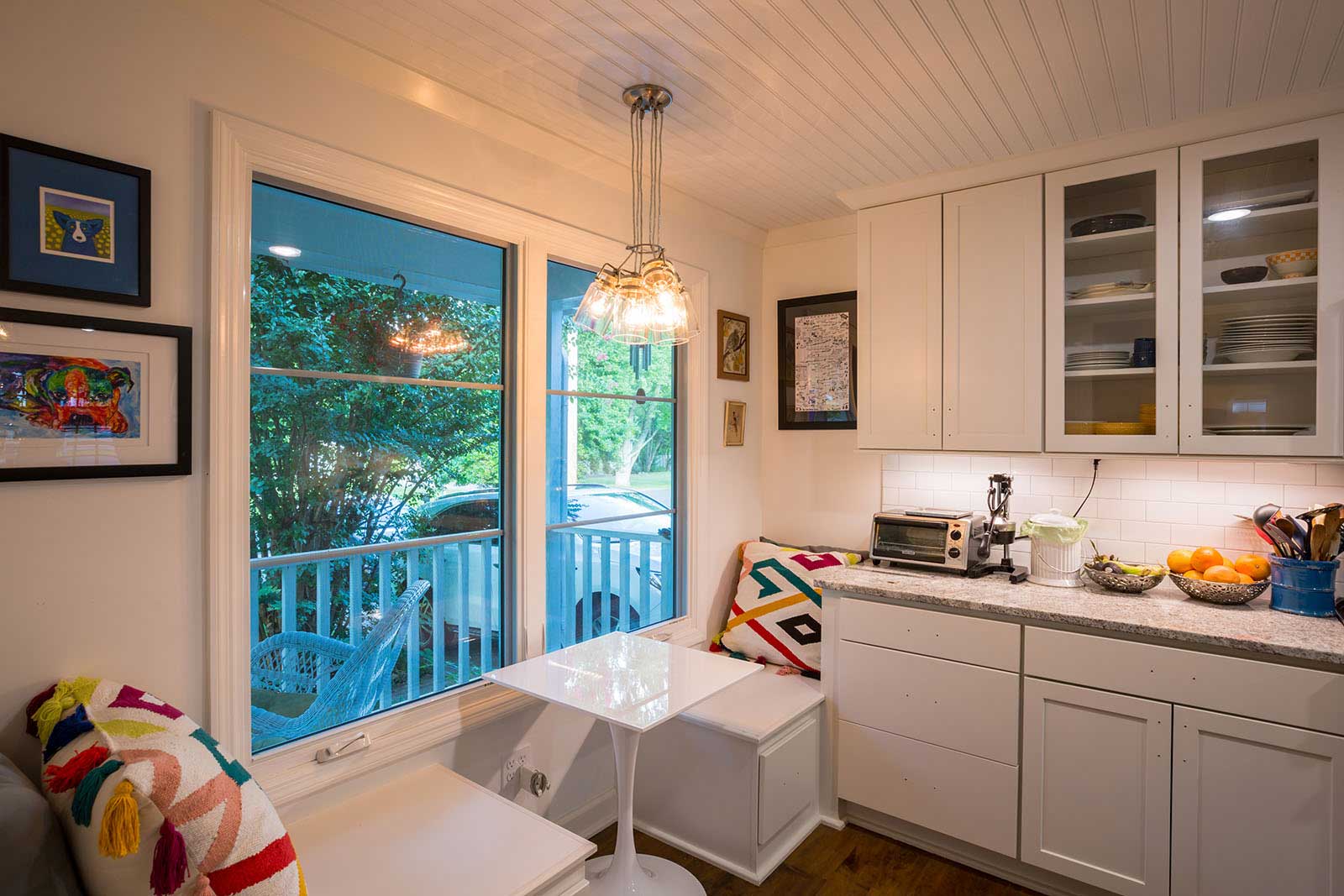 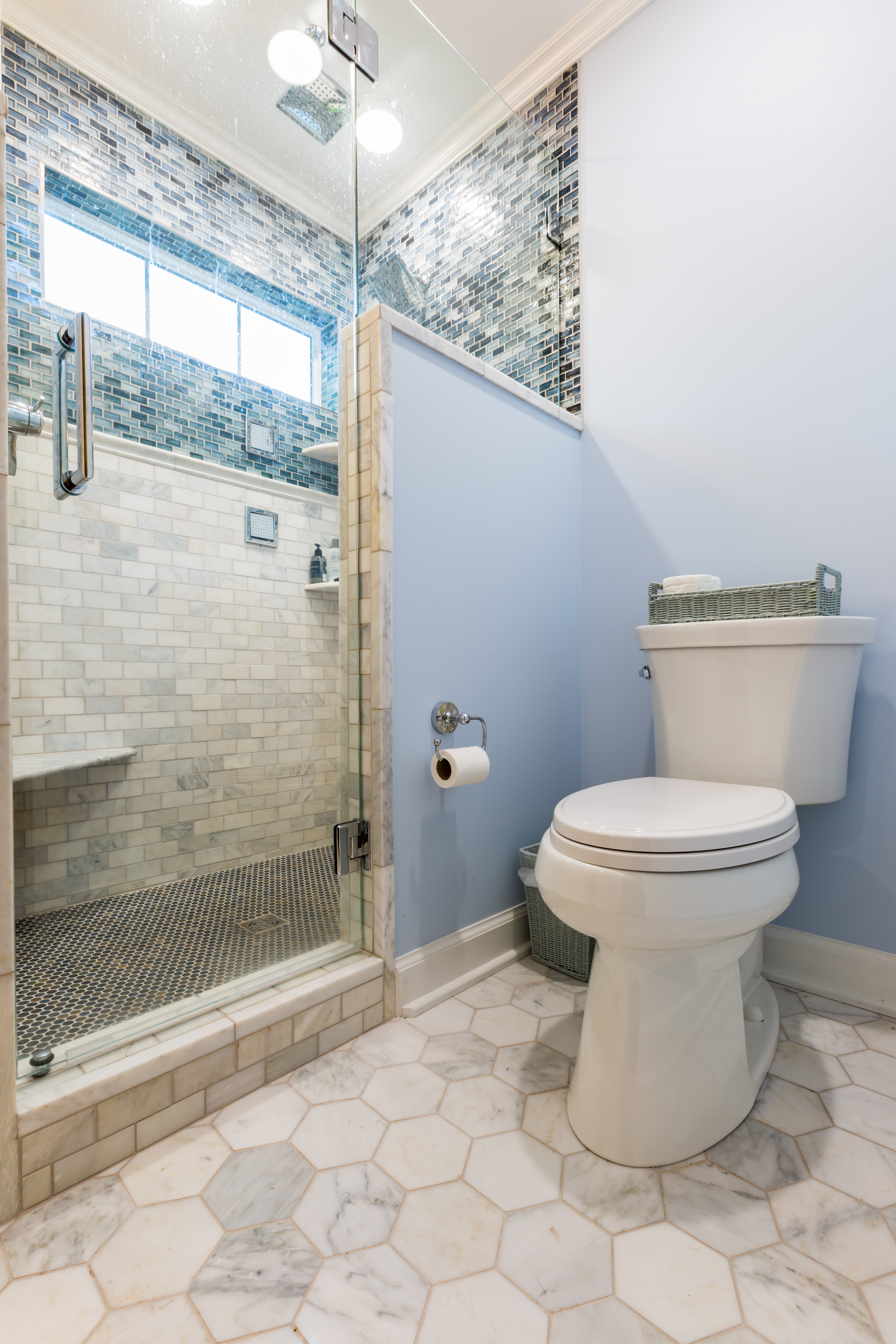 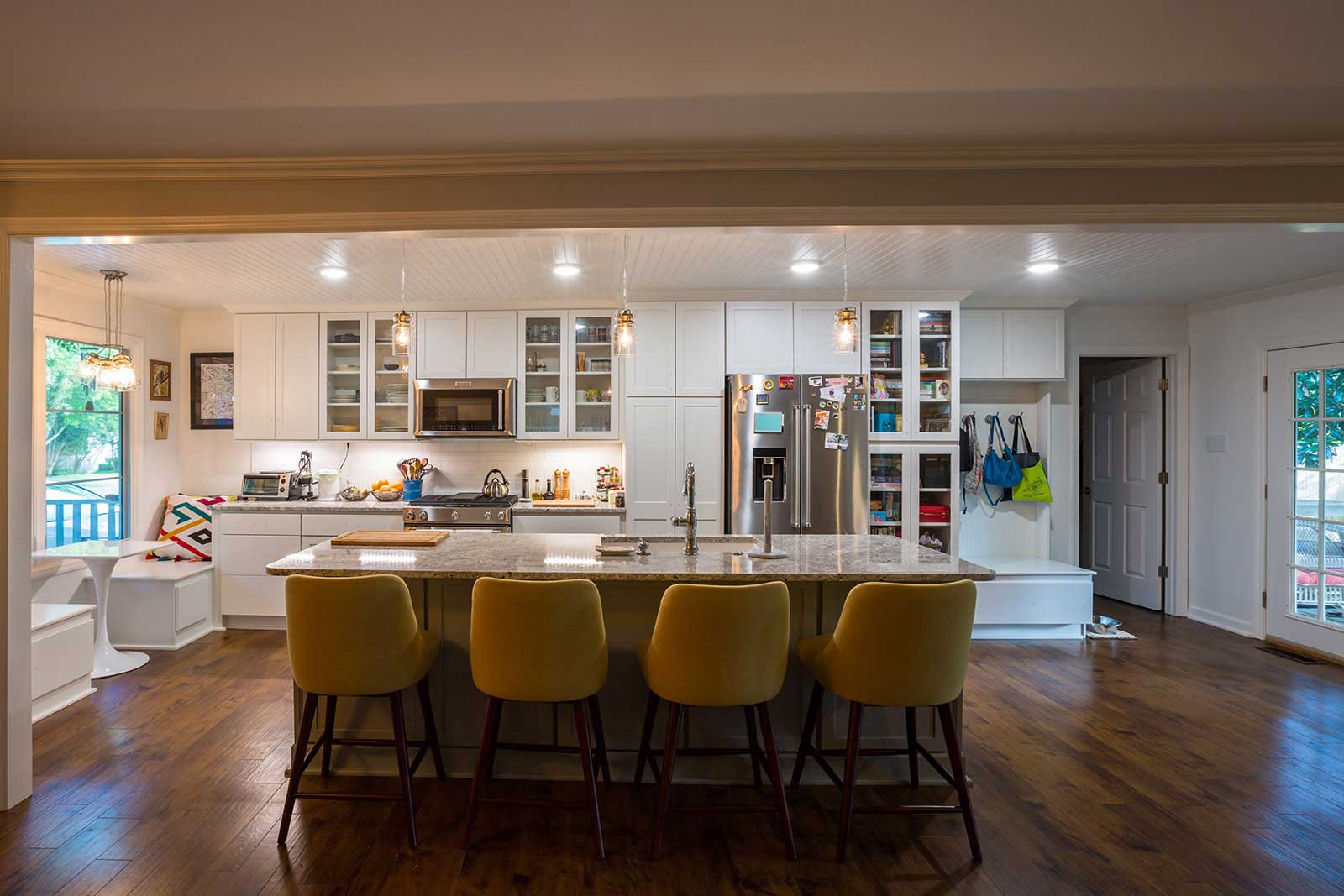